My dearly beloved daughter, the four parts of the world I refer to are the four big empires – the US, Russia, Europe and China. All prophecies foretold will involve these powers, around which all the upheavals in religious and political structures will occur.

Syria and Egypt, through the unrest in their countries, will become the catalysts for a greater war, which will involve the four great powers. Each of these powers will be connected in order to create a unified regime, which will be used to control the global wealth and population.

The religious war will be central to this control and the appointed leaders in My Christian Churches will be overcome and destroyed in preparation for the beast, who will control all four empires. None of the rulers, who defy the Word of God or who try to destroy His children, will be given the authority by God to take, by force, those whose names are in the Book of the Living.

And while I speak of Christians and the need for them to remain true to Me, I also refer to the Jews because their protector, Michael the Archangel, will watch over them and help them to withstand the persecution which they, as God’s chosen people, will also have to endure. 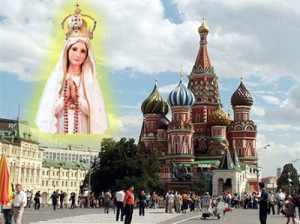 God’s Plan has been created and all the angels and saints in Heaven prepare now, to help Me in My Mission to unite all and protect those who love Me from the great deceit, which has been created to fool the world. Never before has the wickedness against God been so coordinated by the human race as it is today.

Never before has mortal man been capable of inflicting so much suffering, through the seizure of power in order to control, as it has at this moment of time in history. The great persecution against God’s children, created by Satan with the willing support of evil, power hungry men and women, in positions of great power, is unfolding before your eyes. Yet, many of you cannot see because you have been fooled.

Christogifts.com
Follow Father of Love and Mercy on WordPress.com
To My Beloved Sacred Servants