My dear children there will come shortly a great deceit, which will fall upon the world like a curtain. This deceit will almost obliterate the Truth, but those who are blessed with the Light of my Son’s Mercy will see the falsities, which mask the Word of God.

Not since man was created, will God permit His enemies to succumb to such deceit – a deceit, which has one purpose only. That is to wipe away all traces of God in your society so that all those who do not come from Him will be elevated to great positions of power. God permits this as the greatest test of the human race, to determine who is for Him and who is against Him. END_OF_DOCUMENT_TOKEN_TO_BE_REPLACED

My dearly beloved daughter, when a man wanders away from Me, for whatever reason, he will never find true peace. When a man discovers Who I Am his heart will swell with love for Me. A man who places all his trust in Me will endure any kind of suffering, for I will set him free.

The Word of God causes great discord amongst those whose faith is weak. Those who believe in Me will feel great pain in their hearts when they witness opposition against the Word of God. This pain is Mine. END_OF_DOCUMENT_TOKEN_TO_BE_REPLACED

My dearly beloved daughter, My Will can never be overcome for it is everlasting.

Man has rebelled against God in so many ways but when the will of man becomes entwined with the Will of God, all those who fought the Will of God will lose everything. Those of tender heart and who accept Me after the Warning will gain the world. END_OF_DOCUMENT_TOKEN_TO_BE_REPLACED

My dearly beloved daughter, when a child of loving parents feels love, he or she will be nurtured with a great sense of comfort and familiarity.

The love between a child – fortunate to have loving parents – and family, stems from an ingrained sense of trust. This trust is absolute. The same is true for every living soul who loves Me unconditionally.  My Love for them is unshakable. Trust is the key to true love. Every child of Mine is loved, although their love for Me is not always there. END_OF_DOCUMENT_TOKEN_TO_BE_REPLACED

My dearest daughter, humanity has turned against Me and all that I created in My Image and for that My Sorrow is great.

My children will be saved by the Intervention of My dearly beloved Son, Jesus Christ, and this will take place very soon. Before this day I ask all those who love Me to acknowledge the Truth; My Son and His Love; to pray for His Mercy. END_OF_DOCUMENT_TOKEN_TO_BE_REPLACED

My dear children, you must prepare for my Son’s Plans to redeem you all in His Eyes. His Time for Intervention, to awaken the spirit within you, is drawing close.

Pray, pray, pray for all the lost children in the world who have severed all links to my Son, although they were weaned on the Truth. Soon, they will be in no doubt as to His Existence and you must pray that human pride will not come between them and God’s Mercy.  You must pray, especially, for those souls who have betrayed my Son,  in so many ways, that they are given the courage to humble themselves before Him and beg for Mercy. END_OF_DOCUMENT_TOKEN_TO_BE_REPLACED

My dearly beloved daughter, if a man who does not believe in Me or My Word, and who is given the gift of discernment, comes to Me and asks Me for My Help and My Mercy, I will redeem him and give him salvation. If a man who knows Me but betrays Me, then comes to Me and tries to defend his actions, I will cast him away for he has committed the worst sin.

My greatest enemies are those who were blessed with the Truth but whose pride makes them believe that they are privileged to act in My Name. I was betrayed by one of My Own when I walked the earth not by those who did not know Me. The same will always be the case until the time of the Great Day. END_OF_DOCUMENT_TOKEN_TO_BE_REPLACED 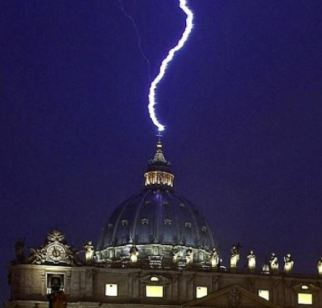 My dearly beloved daughter, when God gave the world the Truth, through the prophets, it was an Act of Mercy on His part. So many had forgotten about God, adored false gods – which come from the hierarchy of Satan – that they began to believe in their own invincibility. Were it not for God’s Intervention many people would have suffered a terrible punishment.

What God told the prophets, since the beginning, happened. The warnings He gave to humanity resulted in those, who heeded them, being saved while those who ignored them were cast away. All that has been foretold will come to pass, and those who oppose God in His attempts to bring peace and salvation to His children will have to account for their defiance. Because the Truth has been twisted and the Word of God ignored, people will continue to turn their backs on the Holy Word of God. Their descent into darkness will result in a punishment by God, the Most High. END_OF_DOCUMENT_TOKEN_TO_BE_REPLACED

My dear children, the face of my Son’s Church on earth will change beyond recognition and will be substituted by one, which is not of my Son. Substitution after substitution will evolve as the Teachings of my Son will be turned upside down and replaced with false secular doctrines.

There is no room for anything other than the Word of God in any Church, which declares itself to walk in the footsteps of Jesus Christ. END_OF_DOCUMENT_TOKEN_TO_BE_REPLACED

My dearly beloved daughter, the person who perseveres in prayer will become closer to Me.

With so much confusion in the world and amongst My Church on earth, the challenge for humanity is to be able to differentiate between right and wrong in the Eyes of God. But, for many Christians, they will be drawn away from Me by a new global form of evangelisation, which will focus exclusively on politics. END_OF_DOCUMENT_TOKEN_TO_BE_REPLACED