These are the most recent Prayer vigil testimonies sent in from around the world. God Bless you and please continue to send in your testimonies

Illinois prayer vigil testimony
We did our vigil on Thursday. My son Mick is 19. He came to mass and confession in the morning and we along with Grace 17 and Jason 14 all fasted. That night during the sorrowful mysteries carrying the Cross and the crucifixion, Mick was surrounded with the scent of roses. It was very moving for him.
St.Louis Missouri Prayer testimony
The Blue Army in St Louis Missouri USA held a rosary prayer procession through the neighborhood streets for the intention of the Hurricanes in Texas and Florida. While we were continuously praying the mysteries of the rosary, we smelled a strong scent of roses in our midst and was immediately aware that the Blessed Virgin Mary is present and hears our prayers for protection and calmness amidst the crisis going on. This inspired us and made us thankful for her miracle of the scent of roses. 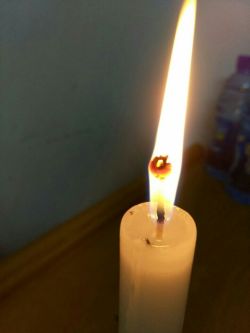 Anonymous location. Whole immediate family united under one roof and on board with Mission. Physical healing with my right arm over night that is Chronic Mason elbow. Catholic friends uniting under one banner to follow Jesus and apologizing for all our behaviors . More priests on board. Priest sent from Boston back here to help keep monastery open with Catholic presence. All friend-ships and situations blossoming in Love of Jesus.  Healing for daughter in her second pregnancy. All these began at Vigils and continue. Smell of Roses for 10 minutes with no roses in site . Many more and still happening. God Bless all and our hope is in Jesus and Christ Crucified alone.
Belgium Prayer Testimony
I live in Belgium and held my vigil on Sept. 7, 2017.
During the Sorrowful Mysteries, I noticed that one candle showed the same miracle as the one of the chinese prayergroup.
I continued praying, and I felt the whole time, the flame of love, and praying went easy. It was then 1:00h. By the time I finished the Gloryful Mysteries, I assumed that it was 1:30h, but when I looked at my watch, it was 1:15h. My watch was not standing still, or I did not pray so fast…. I ended at 1:40h, went downstairs to take my Phone to take a picture, and in the kitchen the clock showed also 1:40h.

Jesus To Mankind Nigeria (Owerri) Prayer Virgil Testimony
‎‎Around 12am on the Feast of Nativity of Our Lady, when we began our rosary procession, a large circle appeared around the moon, it was later joined by a lesser circle which appeared inside the bigger one but around the moon. Then the smaller one disappeared and the bigger one seemed as if it was moving.

some time later a black line like a hand of a clock appeared it seemed as if it was pointing at 5 mins to 5 o’ clock. This later disappeared leaving a small circle which had white and orange-like strokes around its edges.
After the Rosary procession it disappeared and the moon hid behind a cloud.

We hadn’t had electricity for over a week in our community Umualom  probably because of bad Power Holding’s transformer, but a little after midnight as we started the Rosary, electric light was restored and stayed till we completed our Virgil. ‎
‎
Ave! Maria!